The Depths Of Which These Roots Do Bind 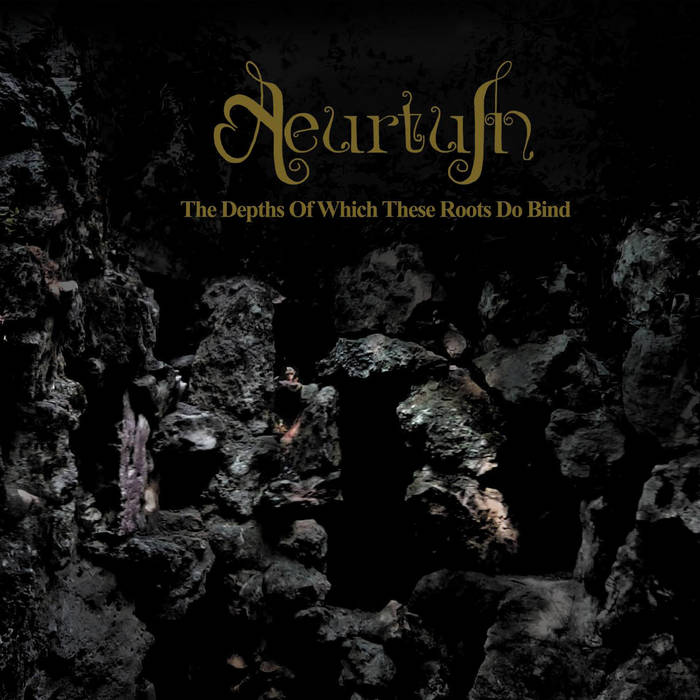 Aeurtum's second opus "The Depths Of Which These Roots Do Bind" presented in a beautiful six panel digipak.

1. Exordium
2. Antithesis
3. Within The Ashes Of The Deadwood
4. Shade Of A Behemoth
5. Burrow
6. ...Of Ebony Branches & Bone
7. The Depths Of Which These Roots Do Bind
8. Frozen Into The Grain


"With The Depths, Aeurtum has successfully brought Opeth’s intricate progressive bleakness to their own, doomier material. The result is astonishingly good – particularly considering that this is a solo project that is yet to perform live, and absolutely deserving of your attention." 4/5


"This is one of those compellingly hard-to-pigeonhole bands that borrows from several genres yet doesn't belong to any outright. Whatever you call it, The Depths of Which These Roots Do Bind is one of those many excellent metal albums that will be released to little popular acclaim, but which deserves much more." 80/100


"This is a well-crafted, balanced and eminently listenable album: one that lives up to its title in the way it conceals some greater depths than the approachable surface atmosphere initially suggests. It's difficult to find any faults with either the concept or the execution, or with the way Aeurtum has refined and matured its direction as a band." 8/10

All music written/performed by J. Collins except for the guest solo on "...Of Ebony Branches & Bone" composed by R. Corvinus

Alice Collins provides guest vocals on "Exordium", 'Within The Ashes Of The Deadwood" & "The Depths Of Which These Roots Do Bind"

Brad Thomas provides guest vocals on "Antithesis", "Within The Ashes Of The Deadwood" & "Frozen Into The Grain"

Artwork and concept by J. Collins

Aeurtum is a Metal project from Birmingham, England, created by multi-instrumentalist Jonathan Collins.

Fusing a myriad of influences and genres together, ranging through Progressive/Post Rock, Black Metal, Melodic Death Metal and Doom, there is no mould to fit Aeurtum into.

Bandcamp Daily  your guide to the world of Bandcamp